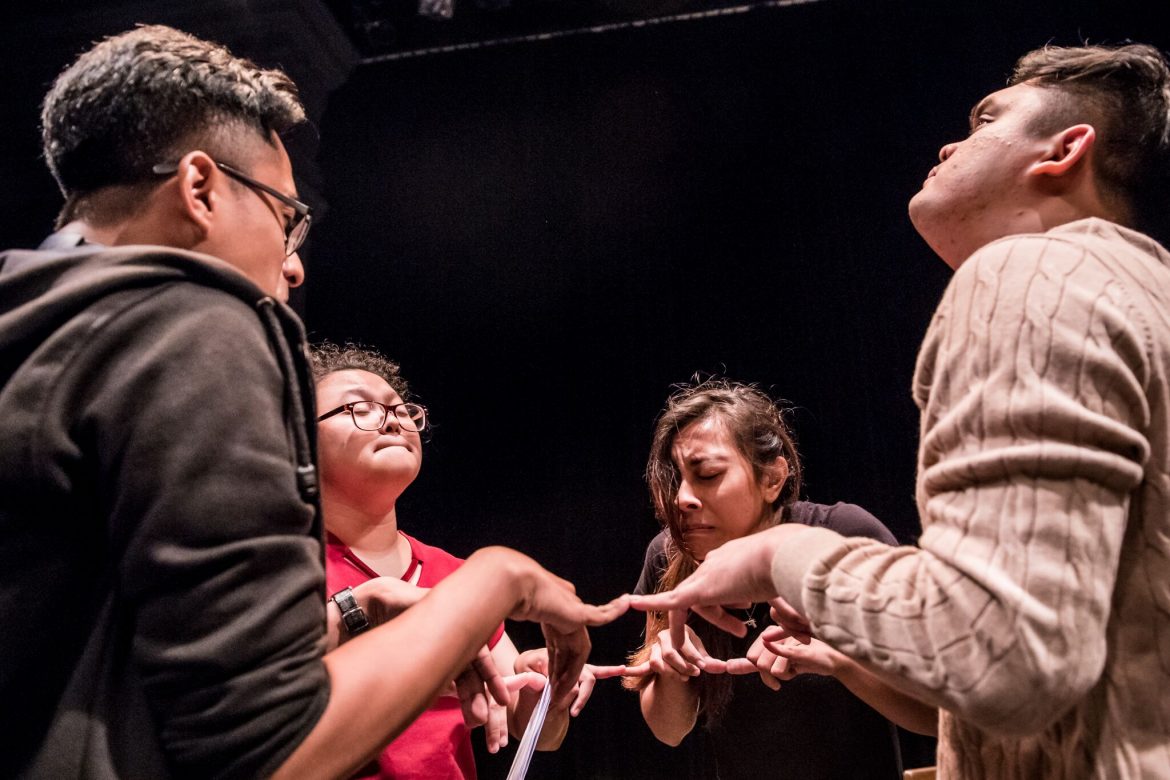 Commissioned by The Arts House for Textures Festival 2019 (#BuySingLit)

Who is the Malay person in Singapore?

In this play-within-a-play, local theatre company, The Second Breakfast Company, brings Alfian Sa’at’s anthology of short stories, Malay Sketches, to the stage. Through stage enactments of sketches from the book, Performing Malay Sketches peels back the layers of this text exploring the question of how to construct and portray the Malay identity in Singapore – and how it is represented, perceived and celebrated. 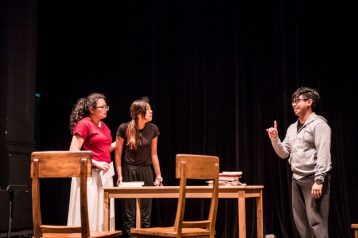 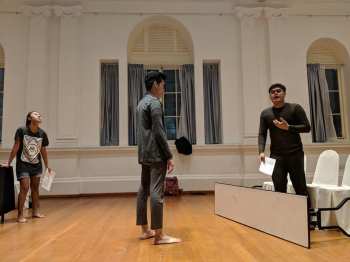 Performing Malay Sketches also has lots of wacky humour that made the audience laugh out loud. Nisa Syarafana grabbed our attention with her excellent comedic timing as she shifts between the meek Mas and the more assertive characters that Mas plays. The tight directing and script also contribute to the almost seamless flow between the layers of the conceit, and much credit goes to Adeeb Fazah, who directed, co-wrote, and stars in two roles in the production.

The great thing about Performing Malay Sketches is its unabashed, sharp humour, making keen references to the local theatre scene that anyone in the know would likely chortle at, not to mention the observational, almost absurd social humour Alfian’s original texts themselves are chock full of. But even amidst the laughter, there is a strong dose of social commentary that leaves one uncomfortable at times with the hard truths brought to light… Humorous, piercing, and current, should The Second Breakfast Company ever receive a chance to revisit this piece in future, then by all means, we welcome it.

This site uses Akismet to reduce spam. Learn how your comment data is processed.

It’s been awhile but we’ve had something brewing for some time now and we’re looking for actors! Come be part of our next show?
It’s a wrap on our first live(!) school assembly performance! Thank you CHIJ Our Lady of Nativity for having us 😀
It's a wrap on The Essential Playlist!!! Thank you to our cast, crew and designers who've been with us on our first M1 fringe journey since day 1 and for giving so much heart and energy to this work. Thank you to the essential workers and everyone else who shared their time and stories with us. Thank you to our audience members for watching the show and for the vibrant post show discussions. And lastly, thank you as well especially to @m1sff and @thenecessarystage for letting us be part of this festival and for all the support and guidance. ❤
THE ESSENTIAL PLAYLIST has officially premiered at @m1sff ! Thank you to everyone who joined us for the opening night. 1 down, 3 more shows to go! #m1sff2022 #TheEssentialPlaylist
WE OPEN TOMORROW! #TheEssentialPlaylist #m1sff2022 @m1sff
Thank you @thenecessarystage for housing us these past couple of months ❤ Many people have come and gone through this space and have made their own memories over the last couple of decades. We're thankful to have made our own in its last few months. On to bump in tomorrow! See you in the theatre. #m1sff2022 @m1sff #TheEssentialPlaylist
Down to our last couple of rehearsals before bump in next week! #TheEssentialPlaylist @m1sff #m1sff2022
What happens when a group of social media content creators start a series about... essential workers?
GEYLANG SERAI TRAILS OFFICIALLY LAUNCHES TODAY! The trail will be available for you to experience any day and at your own time. Not sure where to start? Here's a little guide to help you out!