Hello everybody, the resident Intern is back from chasing the characters in Moon, paparazzi-style. After some next-level bugging of the cast and characters, Ivan is proud to present:

Moon-Talks; Questions about Moon that are as essential as a Second Breakfast.

Today in our first Moon-Talk we will begin with the old farmers, Kim Hong played by Xie Shang Bin and Poh Suan played by Miriam Cheong, Master & Mistress of their humble farm and self-proclaimed slaves to the land. (I tried approaching their neighbour Old Lim but he was unreachable for comments, on account of him not feeling too well.)

Ivan: Hello! Thank you both for taking the time to answer my questions, I really appreciate it especially when there is so much to do on the farm daily.

What is the Brighter Moon for you?
Kim Hong/ Shang Bin: That my two boys can lead a better life and not have to toil in the farm.
Poh Suan/ Miriam: M. I don’t know how to answer this question without being generic: friends, family, God, all the Pokemon on my various cartridges whom I’ve given names and personalities… But these things are cliché answers for a reason – because they’re true. So it’s all these small things combined that truly make a bright moon for me.
As for Poh Suan, I think it’s very much her husband and two sons. Her life has very
much been all about being there for them and providing for them.
What can we hope to learn from you/your character?
Poh Suan/ Miriam: Wah, that one is a bit tough, because I feel that not every character is necessarily there for the audience to learn something per se…I think the audience can look at Poh Suan and think more at being active vs being passive, and taking action as opposed to being reactionary, especially by the end of the play.

Kim Hong/ Shang Bin: That a farmer is no less a father, a husband and a man than another man who is wealthier.

spacing
Could you pick one line of dialogue from Goh Poh Seng’s original script to sum up your character? Or, what is your favourite line in the play? Why?
Poh Suan/ Miriam:“To be frightened is a natural thing, and if one is honest and frank, one admits fear. I know I am.” To me, this line just speaks to Poh Suan’s steadfast and sensible nature. It’s also a good reminder for anxious people such as myself, heh!
Kim Hong/ Shang Bin: “Now, now. You know my feelings. We’ve lived a long time together, you and I, and have gone through a lot together. Building this farm, running it, seeing it work, raising our boys. We have gone through so much, and we are so used to each other, what would I want to do with another woman?”
I really like this line as it crystallises Kim Hong’s outlook of his life and his relationship with his family.
spacing
spacing
What do you love and hate about your character. Also, what is the biggest challenge of your role?
Poh Suan/ Miriam: As I mentioned above, I love Poh Suan because she is such a steadfast person, and how much she does for her family. And while it’s not something I hate per se, I find it very tragic how Poh Suan is unable to make decisions for herself – in the sense that all her decisions are made for the sake of the people and the situations around her.
So I’m playing a character who is almost twice my actual age, and on top of that she’s a woman who has grown up with such a different life from me, so there’s really a lot of transformation I have to embody. I have to get the physicality and gait of a 40-year-old woman who has worked her whole life on a farm, and I also have to really embody her motivations and thought process as well: a 40-year-old is going to have much different thought processes than a 20 something-year-old urbanite.
Kim Hong/ Shang Bin: Kim Hong is wonderfully simple and committed. There is a lot of value in a simple lifestyle that urbanites such as us may not be familiar with. The challenge for me is to find the inner strength and resolve of Kim Hong despite our stark difference in background.
What does this play mean to you?
Poh Suan/ Miriam: This play is not only a snapshot of Singapore’s history, but also a lovely throwback to the beginnings of Singapore theatre, re-imagined beautifully by the next generation of Singapore’s theatre makers. And it’s the latter that I think is really poetically beautiful.
Kim Hong/ Shang Bin: The resilience of people, that we can withstand harsh realities in life such as social class prejudices and the loss of beloved family members.
Now for the most important question: What is your character’s ideal breakfast?
Poh Suan/ Miriam: Poh Suan would be more than happy to simply eat the typical breakfast she makes daily, which is porridge with Tapioca. It would be an ideal breakfast if Ah Huat can wake up on time!
Kim Hong/ Shang Bin: A large bowl of pork porridge with soy milk and fried dough fritters! 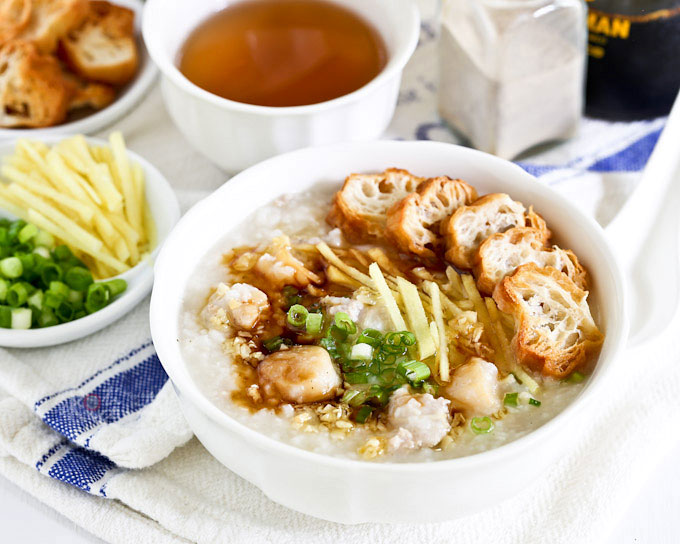 This site uses Akismet to reduce spam. Learn how your comment data is processed.

There’s no such thing as TGIF when Dana’s your boss. Only OT, KPIs and ROIs…
We feel attacked.
Shoutout to the giant team that’s making The Paiseh Pieces happen✨. Just two more weeks til this musical opens! Have you gotten your tickets yet?
Meet our tweedledee and tweedledum. 👯‍♀️ Curious to know what characters they play on the show? Come watch The Paiseh Pieces and find out!
It’s a brand new year and you know what else is brand new? This musical and its 8 spanking new songs.🤘Happy new year everyone and don’t forget to get your tickets for The Paiseh Pieces!
Sneak peek into music rehearsals with our MD @joplayspiano ! The Paiseh Pieces of Life is one of the eight new songs in the musical, composed by @bennettbaymusic with lyrics by @takethenextsteph . Stay tuned for more music teasers!
For everyone who’s ever grown up in Singapore whose life never quite followed the rules they’re meant to follow.
It’s not everyday that we get a brand new musical out here so trust us, you won’t want to miss this! Catch The Paiseh Pieces make its debut on the stage 8 - 12 Feb next year. Our early bird promo will be ending soon so hurry, get your tickets today! [Link in bio to book]
Early birds get the best deals we hear. Don’t miss out and get your tickets to The Paiseh Pieces before the promo ends! [Ticket link in our bio]